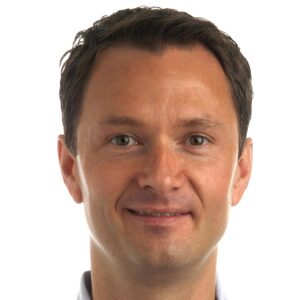 Most recently, he served as President – Frozen and Refrigerated for Conagra Brands, where he led the launch or expansion of platforms for emerging brands such as Gardein™ and Earth Balance® as well as grew established brands such as Hunt’s® and Healthy Choice®. During his five years with the company, he also led the Grocery and Snacks Division, an entrepreneur-inspired Gourmet Food team and the integration of several acquisitions.

Clemiss joined Conagra Brands from Campbell Soup Company, where he served in marketing, sales and innovation roles across the company’s foodservice and retail divisions. As the Vice President of the company’s Soup, Sauce & Meals business, he led a reinvigoration and modernization of the portfolio, attracting new consumers to key categories and increasing usage in existing segments. During his 25 years with Campbell, Clemiss also led foodservice, business development and innovation in Canada and the company’s European and Australian markets.

“In his extensive career in the food industry, Dale has been successful at growing existing brands, accelerating innovation and launching new product lines,” said Rich Porter, Idahoan Board Chair. “His experience will serve Idahoan well.”

“Idahoan® has long been known for bringing high quality 100% REAL Idaho® potatoes to consumers in a variety of recipes and formats,” said Clemiss. “I’m excited about the growth opportunities ahead as we continue to innovate and expand our role in meals and beyond.”

Idahoan® has been recognized for its innovation and consumer loyalty. In 2019, Idahoan Family Size Mashed Potatoes was named Product of the Year in the world’s largest consumer-voted award receiving top honors in the side dish category. The honor comes from a survey of 40,000 consumers conducted by Kantar, a global leader in consumer research. Additionally, Idahoan continues to be America’s Favorite Mashed Potatoes as confirmed by IRI sales data 52 weeks ending January 23rd, 2022.

Originally from Canada, Clemiss has called the United States home for the last 17 years and will relocate to Idaho Falls from Chicago this spring.

Combining a full-service network of professionals from field to fork, Idahoan® is a leading manufacturer of value-added products. Its potato processing plants and nationally recognized retail, foodservice and warehouse club brands of products along with its close relationship with its growers, allow Idahoan Foods to deliver superior quality and value to its customers. For more information visit www.idahoan.com. Follow Idahoan Foods on Facebook and Twitter.