The Journey Of Idaho Girls On The Pacific Coast Trail

Jessica is an Idaho girl. She’s a staff writer at the Boise Weekly. She’s 25 years old. And on April 11th, she’s departing on a trip of a lifetime. Jessica and her 50-pound Shar-Pei/German Shepard, Marcy, are going to hike the Pacific Coast Trail. Idahoan couldn’t be more excited to partner with Jessica on this exciting trip. 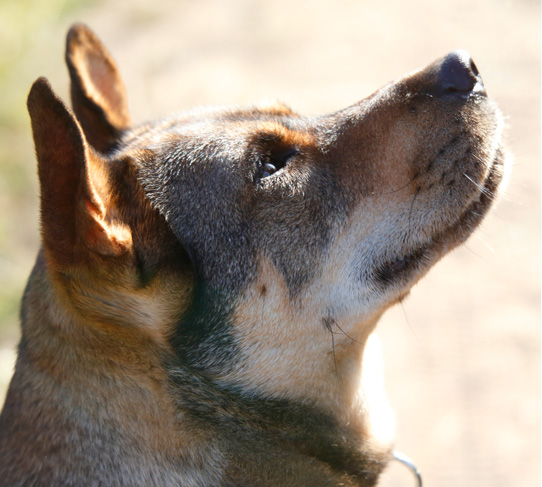 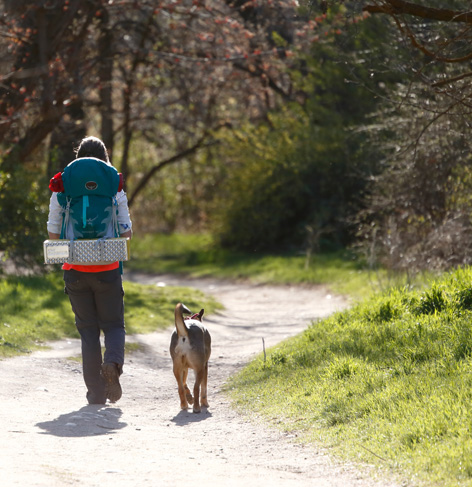 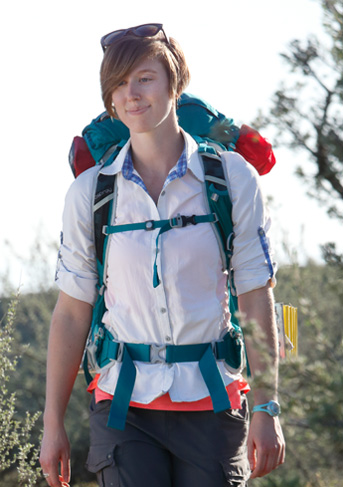 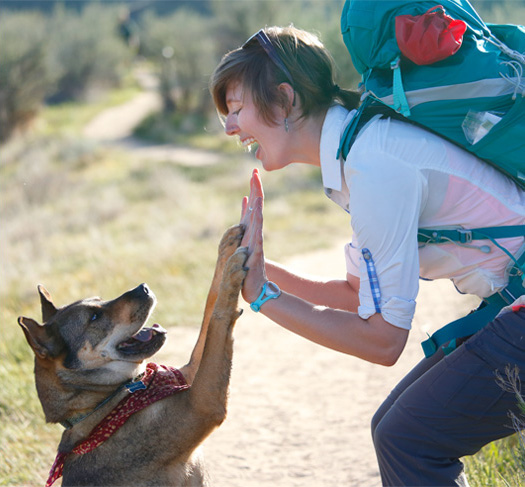 A Message from Jessica

Yes, I have read the book Wild. That’s always the first question people ask me when I tell them I am going to hike the Pacific Crest Trail. I read it when it came out in 2012 and thought, What in the hell would make anyone want to do that? And now here I am. Ready to stand at the border of California and Mexico and take my first steps north. I plan to cover all 2,663 miles. No, I have not seen the movie, and I don’t plan on it.

The second question is always, “Why the Pacific Crest Trail?”

It’s because, well, I’ve been really good. I got my first job when I was 14 and a half, at Cold Stone Creamery. I scooped ice cream all through high school. Then I went straight to college, to the University of Montana in Missoula. I studied journalism—which I love. I worked two jobs and graduated without a cent of student debt. My graduation party was on a Saturday afternoon and I started my first “adult” job in Boise the following Friday. Now I’m leaving behind my dream job as a staff writer at the Boise Weekly, although they are so amazing, they’ve agreed to hold my job for me until I get back.

What I mean is, I have a lot of things figured out: I’ve had a great start to my career, I’ve bought and paid off a car (Subaru Outback, obviously), I manage my life well. But in my 25 years on this earth, I’ve never done anything bigger. I’ve never gone soul searching. So I decided I needed to take a journey.

But what kind of journey? I had no idea. This was around the time when Wild came out as a movie, though, so I decided to do a story about locals who have hiked the PCT. That’s where I met Clay Jacobson, who’s hiked the PCT, the Appalachian Trail and the Idaho Centennial Trail. I walked away from the interview thinking, That guy’s crazy.

But then I bumped into another guy who hiked the PCT in the bar at Tamarack Resort and it got me thinking, Is that something I would even be capable of? Could I walk from Mexico to Canada?

I called my mom (who is also my best friend, greatest confidant and guiding light) and ran the idea past her. If she would have said, “Nah, Jess, that sounds a little too extreme,” or, “Well maybe, but I don’t know about that,” I wouldn’t even be sitting here right now talking about this. Instead, she said, “That sounds amazing. I want to join you for a few days.”

So I decided—on February 7, 2014—that I would hike the PCT. I wrote in my journal that night, I’m going to hike the Pacific Crest Trail in the summer of 2016. Hold me to it!

I still feel the same way. I’m going to hike the Pacific Crest Trail this summer. Hold me to it.

This past year became the year of planning. I spent the summer trying out gear, buying stuff, returning it, buying more stuff, returning it again. I burned holes in my socks, I lost one cook set to some sharp-toothed rodents and another inexplicably shattered. I learned that creeks dry up and walked a lot of hot, dusty and dehydrated miles. I got caught in one terrifying thunderstorm and spent a lot of time hobbling around with blisters the size of quarters on my feet. With a lot of help from Clay Jacobson and my backpacker guru/Search and Rescue expert/REI extraordinaire boyfriend, Jake Gillis, I started figuring things out.

It was during this preparation phase that I discovered one of the most important backpacker secrets: Idahoan Potatoes. Most dehydrated meals like Mountain House and Backpacker’s Pantry cost $7, $8 or even $13 and they don’t even taste that good. Idahoan Potatoes taste AMAZING and they’re only 88 cents at WinCo. Maybe it’s just because I was born and raised in Idaho, but for me, it’s the ultimate comfort food. After I’ve been hiking all day long and I’m teetering on the brink of exhaustion, dehydration and delusion, the only thing that I can eat is a package of Idahoan Potatoes. I’m not just saying that. I’ve eaten them for breakfast before. I can’t thank them enough for the support they’ve offered to help me on this adventure.

Now we’ve arrived at the third question everyone asks me: “Are you hiking the Pacific Crest Trail alone?” Well, sort of. I’ll be the only human on the journey, because I’m going truly for myself. All my life, I’ve been lucky enough to be surrounded by supportive people, but that lets me defer decisions. When it’s just me out there, I’ll be navigating the trials and tribulations alone. I can’t think of a better way to become more confident and self-assured.

But I won’t be entirely alone. This is where Marcy comes in—my 50-pound Shar-Pei/German Shepard. I got her from the humane society in Missoula four and a half years ago and we’ve been inseparable ever since.

Marcy is a-whole-nother story. When I adopted her, the humane society failed to mention her streak of unpredictable aggression. I found out about it the first time she bit my face. She attacked neighborhood dogs; snapped at my friends, family, roommates, colleagues and boyfriends; and growled at anyone who tried to pet her. She became my furry, panting, walking, pending lawsuit.

I was faced many times with the question of putting her down. I was heartbroken over it. But I needed to know I gave her every last resort, so we signed up for an intensive training program through Sit Means Sit dog training. Thousands of dollars and training hours later, she has undergone a spectacular transformation. She’s now my certified service dog—trained for psychiatric calming in triggering situations (think: PTSD). More importantly, she will be my protection on the trail, my eyes and ears. I couldn’t imagine leaving her behind.

So here we are, ready to begin our journey on Monday, April 11. I hope we make it to Canada. We’re sure going to try.

What is the Pacific Coast Trail? 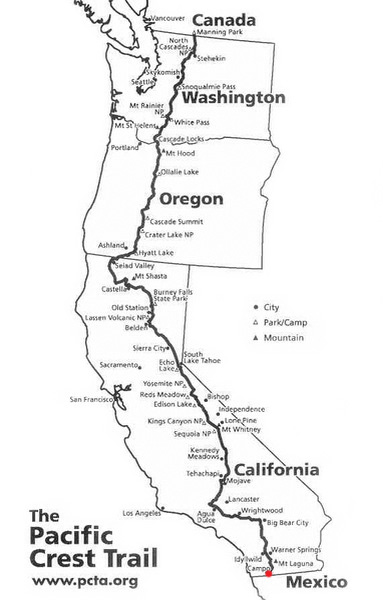